The exact replica of Elvis' Ebony Custom Gibson Dove guitar is our tribute to this legendary singer.

Unique desing made by Gibson factory and Ghrun Guitars in Nashville in 1970 for Elvis father demand, i.e. Elvis Presley name in script inlaid on the guitar’s fingerboard, black finish and Kenpo karate sticker, celebrates his son’s recently earned black belt in karate. And it's only the start of this guitar unbelievable story. Elvis performed in concerts on tour and in Las Vegas with this guitar from November 5, 1971 through September 3rd, 1973. This was one of the most photographed and well known guitars in his performing career due mostly to the use of it on the January 1973 first TV worldwide broadcast via satellite "Aloha from Hawaii".

On July 24, 1975, the end of a tour and the last of three nights performing in Asheville, NC, Elvis gave this guitar away to a member of the audience in the front row Mike Harris. Presley is supposed to have told Harris something like “You keep the guitar. I gave it to you for a reason. Someday it will help you out.” End this Elvis prediction came true... In 2016, when Harris needed money for his family, he sold this guitar in auction fro more than $334,000...

Check this our replica also in our Stock among Atrists' Tribute Custom Uniques! 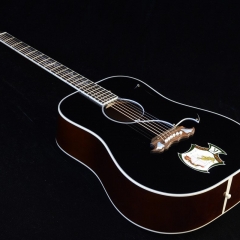 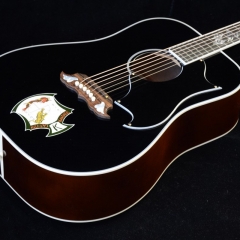 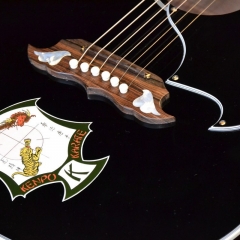 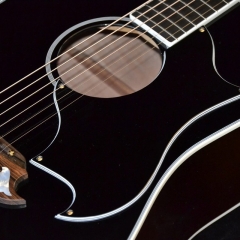 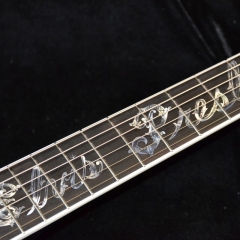 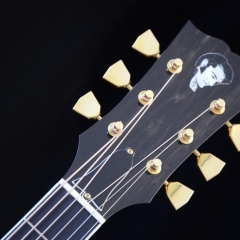 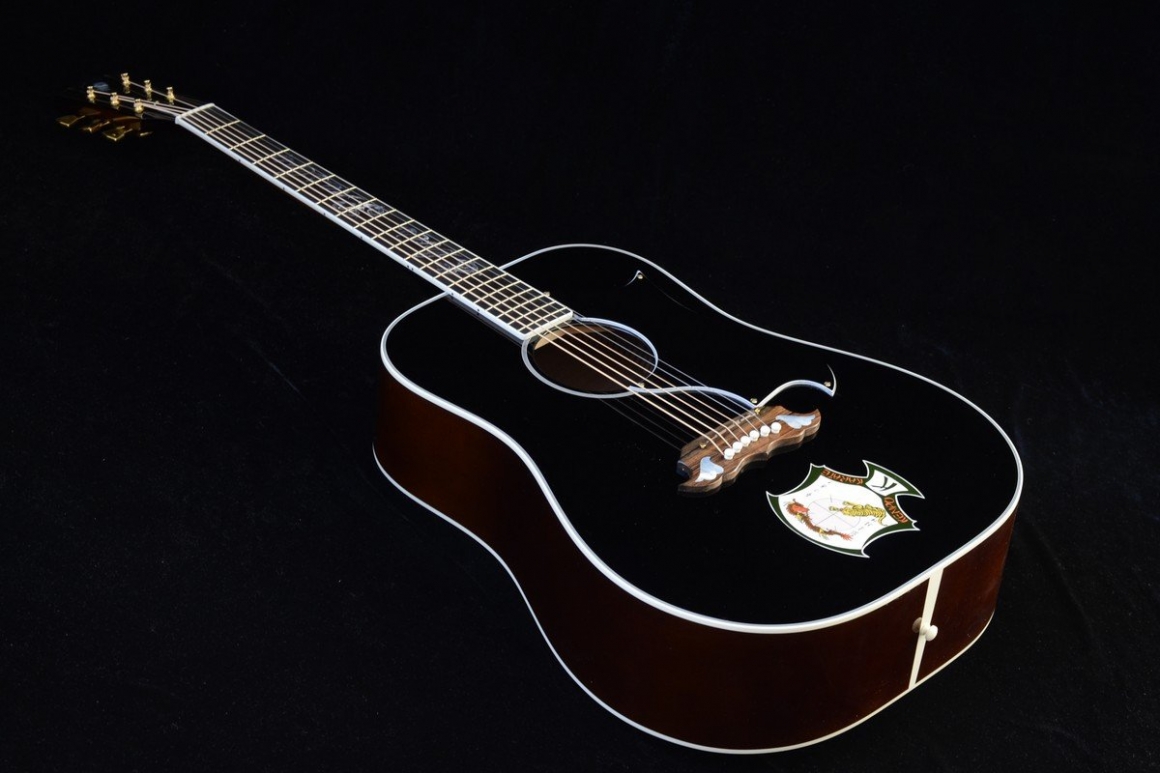 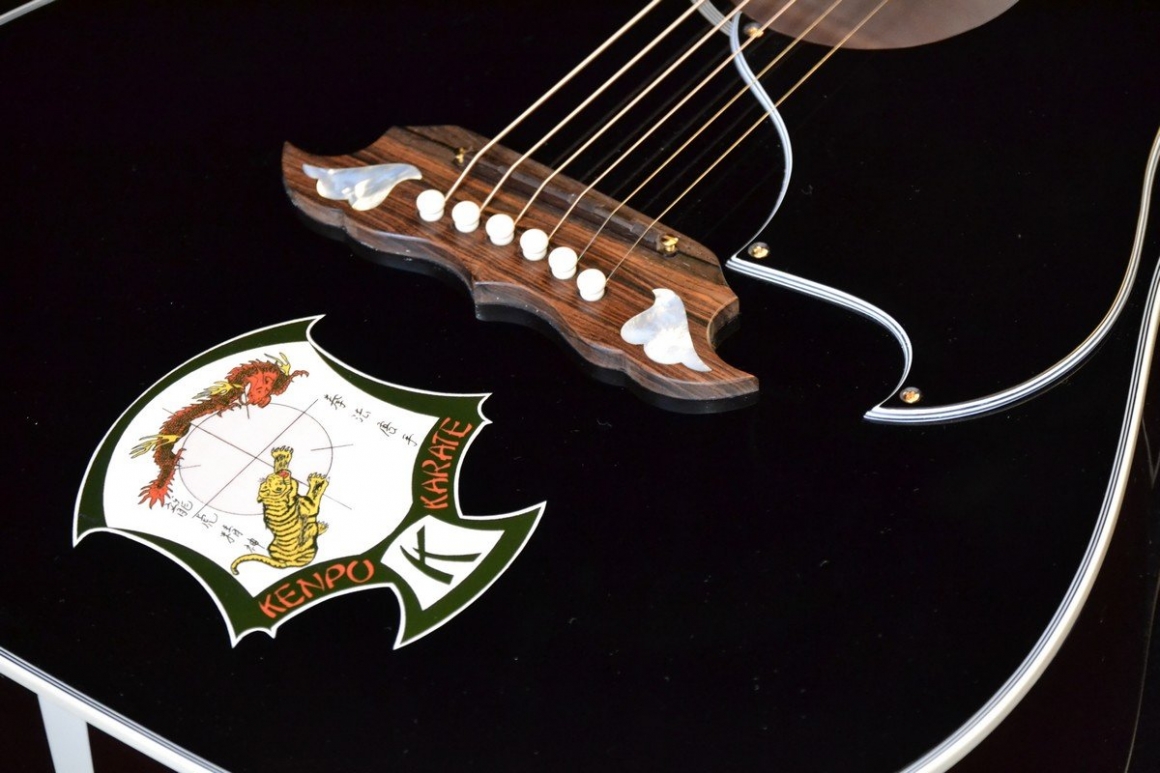 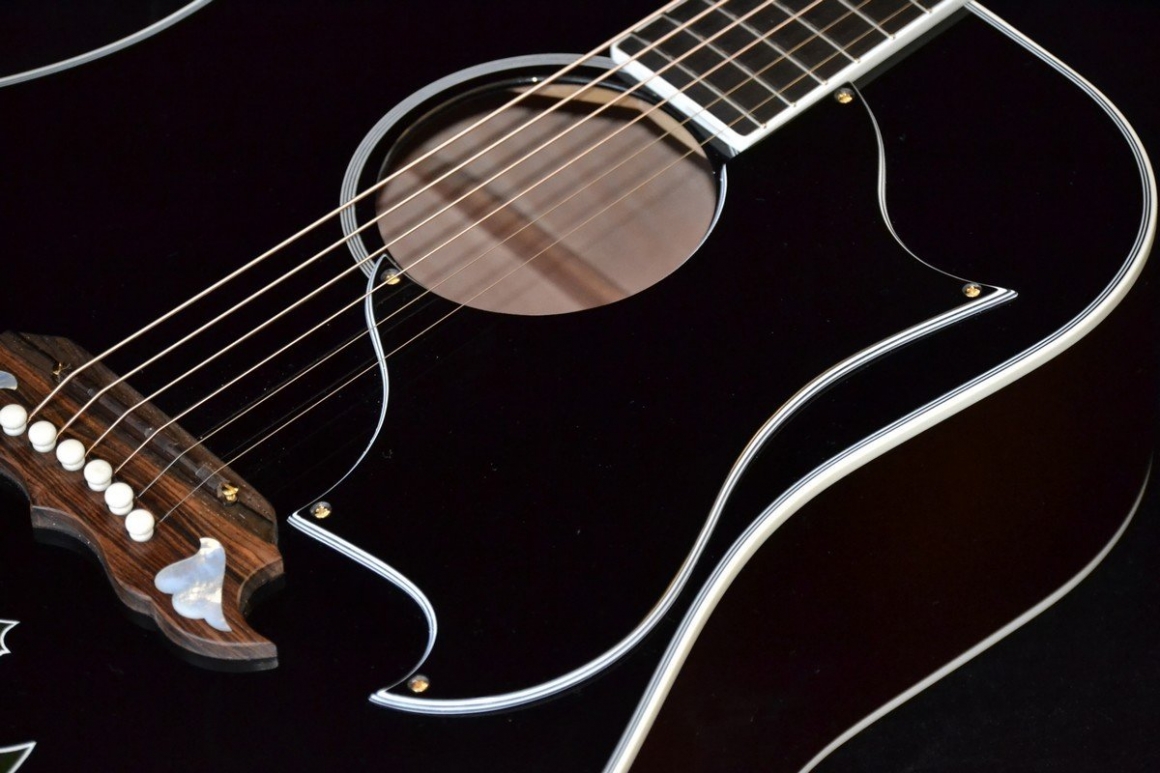 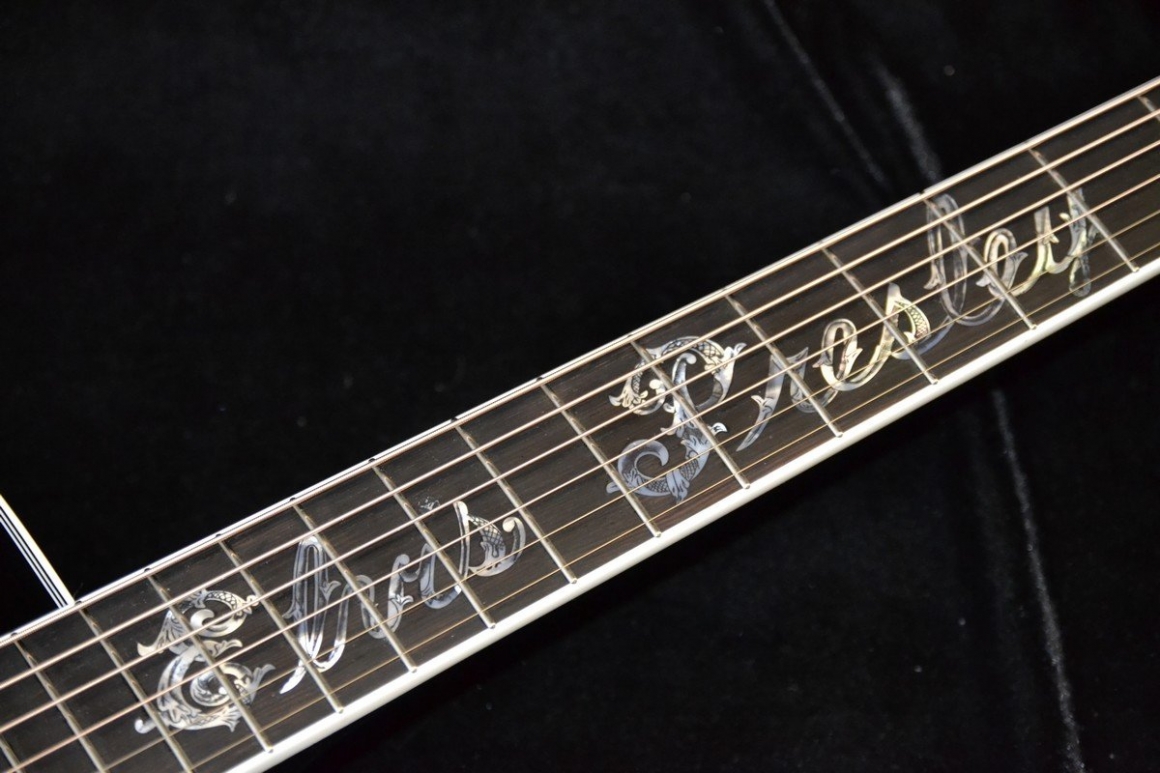 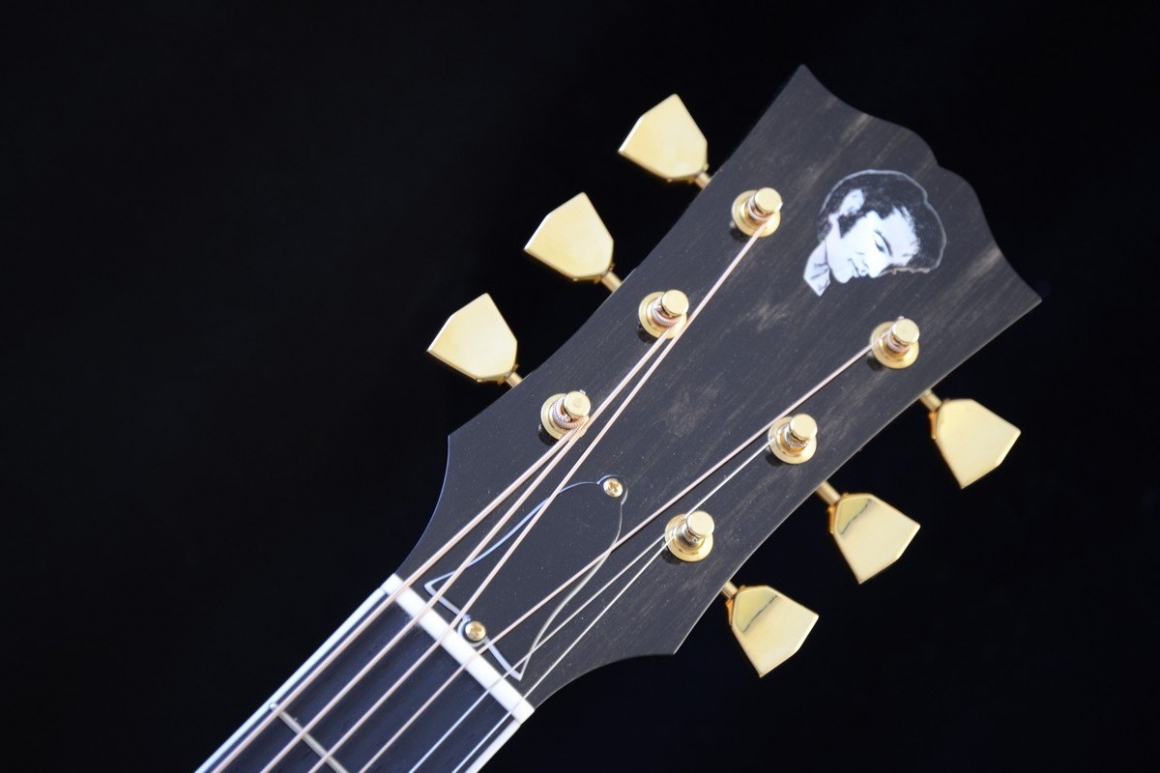