The 21st century … The era of fast, quick and hectic changes. The period of the internet, social networks, industry 4.0, artificial intelligence and self-driving electric cars … permanent pressure for efficiency and speed… The era, when nowadays factory-made guitars are more like cold machinery products than like musical instruments with spirit and soul of their own … And how about people? Are they happier than few dozen years ago? Who does it know …?

I’m not a kind of man struggling against all these changes, but I still believe in the dutiful craftsmanship and real traditional hand-made luthier’s way of guitar building. And I’ll try to continue in the heritage of almost forgotten knowledge and skills left for us by previous generations …

I am pretty sure - everybody will learn one day, that hundreds or thousands of virtual friends, followers and likes, can’t make him happy. And I hope, at least few of them will find their way to music … and discovering that miracle of vibrant guitar strings producing a pure acoustic sound will bring a joy and happiness …

I am delighted my guitars are appreciated for both - their sound and design too. I still do my best the appearance and craftsmanship will bring a piece of art at the end. And as a father, I am really happy, my son decided to join me and accepted that as his job. If he’ll continue my work, I will proudly say one day: “My art will go on …” 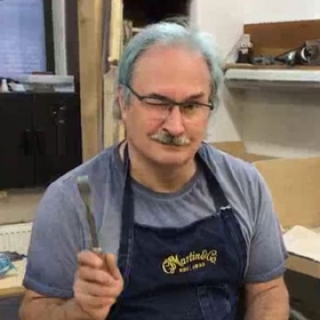 I still do my best to create the best sounding instrument that will bring a real joy and happiness to the owner. If it comes true at least once in my life, then I’ll be happy … 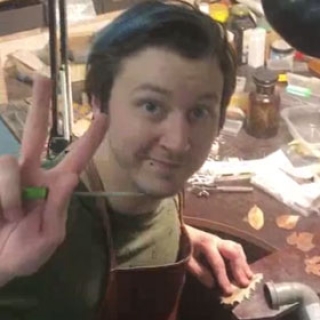 I really love my job, because, at the end, I can touch the final result, which sounds so damn great … 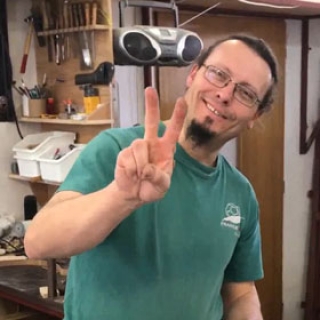 I am honoured to work in ROZAWOOD team, ‘cause I like when the wood sings… 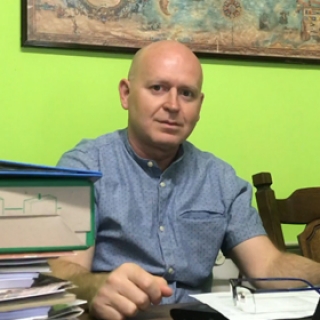 After long years of my previous business activities and by each contact with delighted customers, either on shows or by phone or email, I am still sure more and more, that to satisfy one’s guitar dreams and desires is one of the most meaningful jobs …

The ROZAWOOD workshop is the vision of Luthier Roman Zajíček, who is known as one of the finest guitar makers in Europe.

Many European players and guitar sellers consider Roman to be among top guitar makers worldwide. His instruments are known for their impressive tone and impeccable workmanship.

Roman, an engineer by profession, loves music most above other hobbies. His quest for the beauty of acoustic tone led him to build instruments himself.

Roman built his first instrument in 1979. Europe was cut by the Iron Curtain at that time and Czechoslovakia was on that unhappy Eastern side of it. That time, during a communist era, there were almost no people with the know-how, nobody was able to tell him how to build acoustic instruments. Imagine – there was no internet existing that time! Fortunately, his uncle living in the U.S.A., sent him some publications how to make guitars. It was just the beginning. With every guitar he built, his reputation as a man with deep sensitivity for wood and tone began to spread among high-end instrument lovers. It was only a hobby for him for a long time. In 1989, after the Velvet Revolution, Roman started to build guitars officially, but that was still only a side job for him for next years. In 2003 his activities outgrew his ability to do everything himself and he met with Pavel, his business partner, which financed the growing production and started to manage all non-productive activities. Roman started with guitar building as the full-time job and the new ROZAWOOD workshop was established.

Roman is part of the impressive history of Bohemian instrument making, which is considered to be one of the oldest in the world. A nice example is C.F. Martin who originates from the town Markneukirchen, not too far from where Roman lives and works. This region is still the cradle of many high-end instrument makers, most of them working in small workshops. Although the professionally marketed American luthiers are better known, some of these Bohemian luthiers are impressive instrument makers, equal to or sometimes better craftsmen than their American colleagues. Roman’s knowledge of traditional violin construction combined with his technical insight and experience as a guitar maker has made him one of the finest luthiers in Europe. Over the years, his unique construction methods have resulted in a wide range of fine, high-end acoustic instruments of the finest quality and impressive acoustic sound.

Roman is also enthusiastic multi-instrumentalist player, and as a member of amateur bluegrass band Barbecue he performs in the Czech Republic, Europe, and in the U.S.A. as well…

Petr Zajíček, Roman’s son, started to help his father since his early youth. Working only for his own pleasure, he felt stronger and stronger, that he inherited Roman’s guitar builder’s genes and his passion for acoustic sound. Peter as a talented musician also recognized, this could be a way to meet all-star musicians he loved. So, beginning 2015, Petr became a full member of ROZAWOOD team with the goal to take over all his father’s skills and continue this exceptional artistic work.

My art will go on… 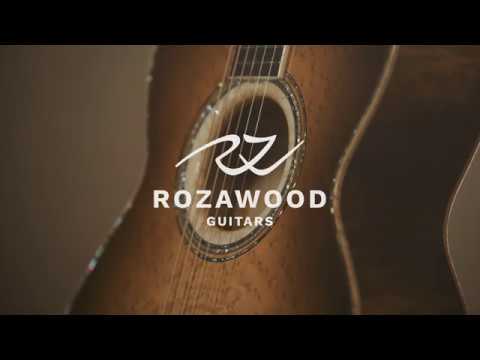 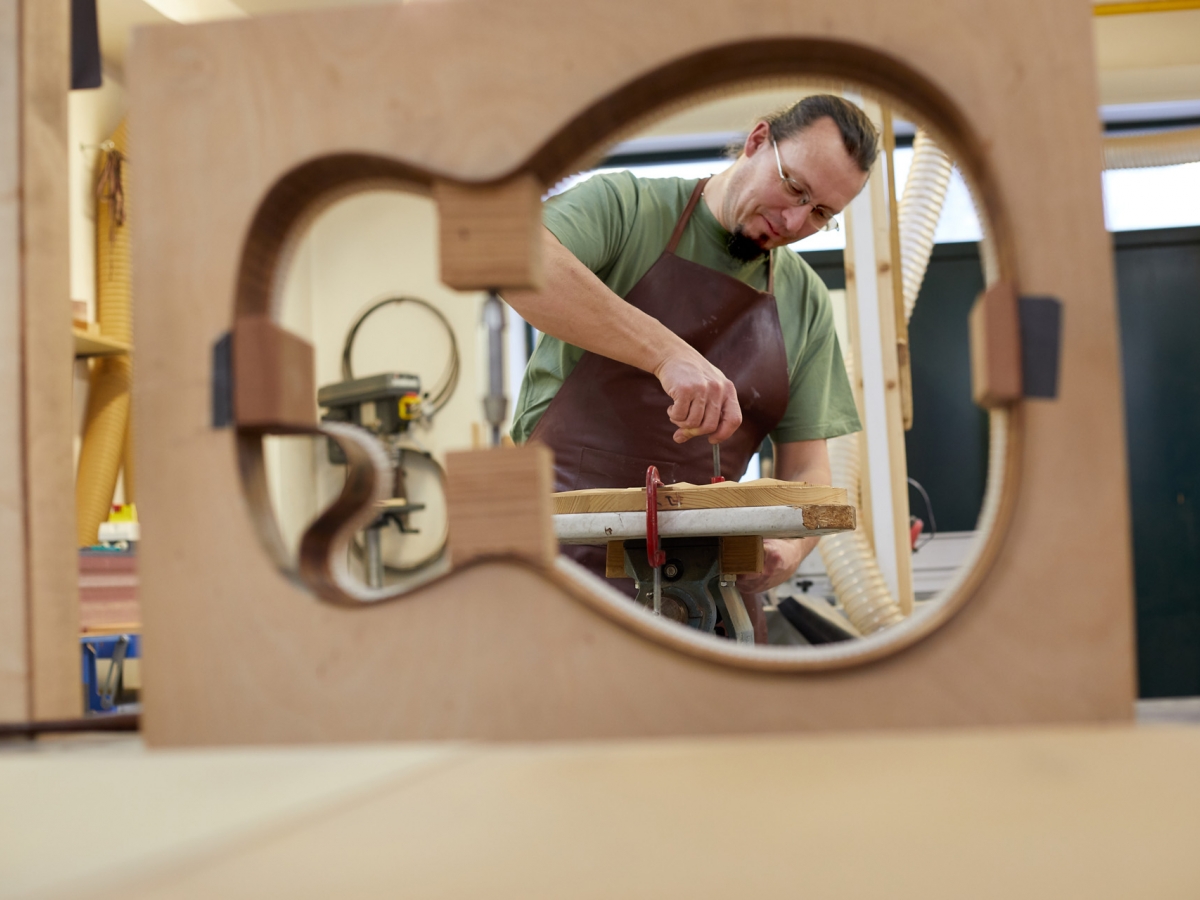 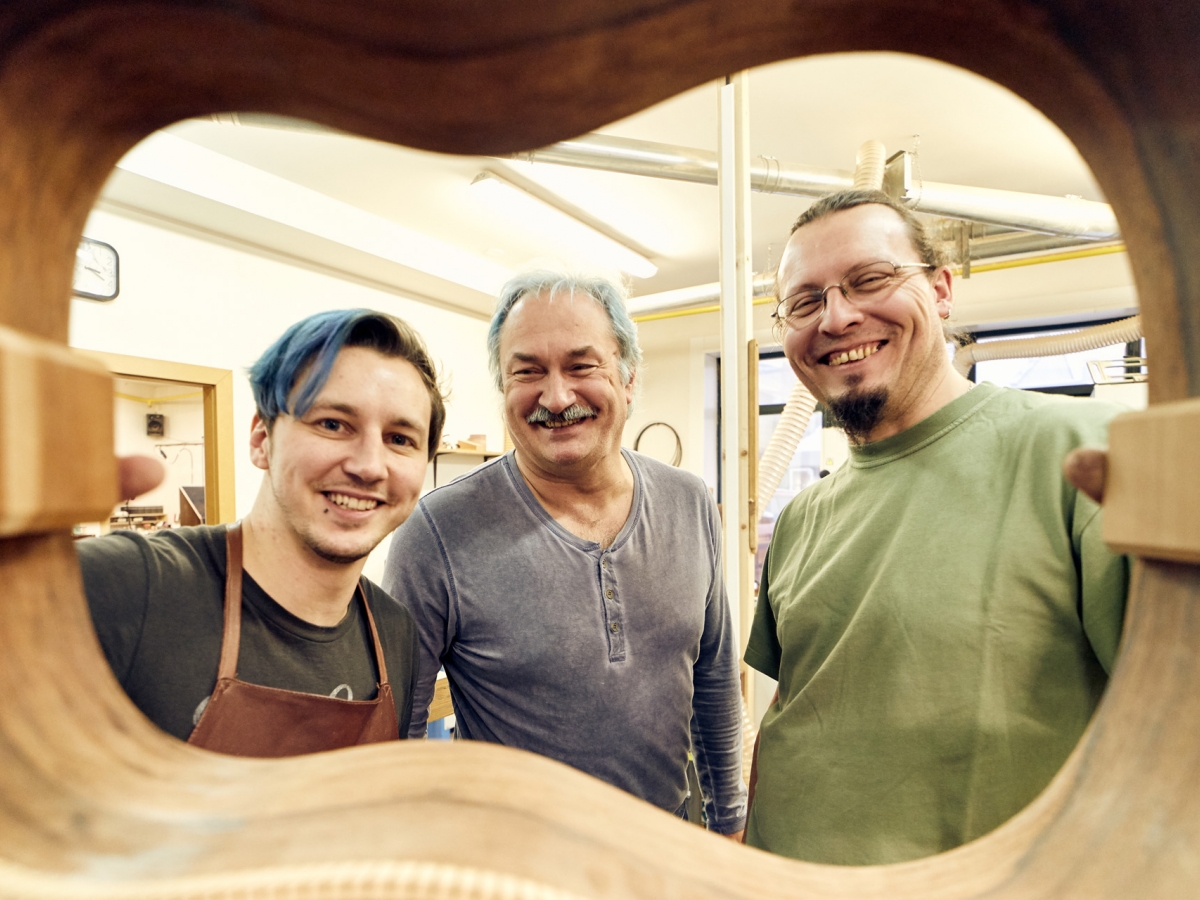 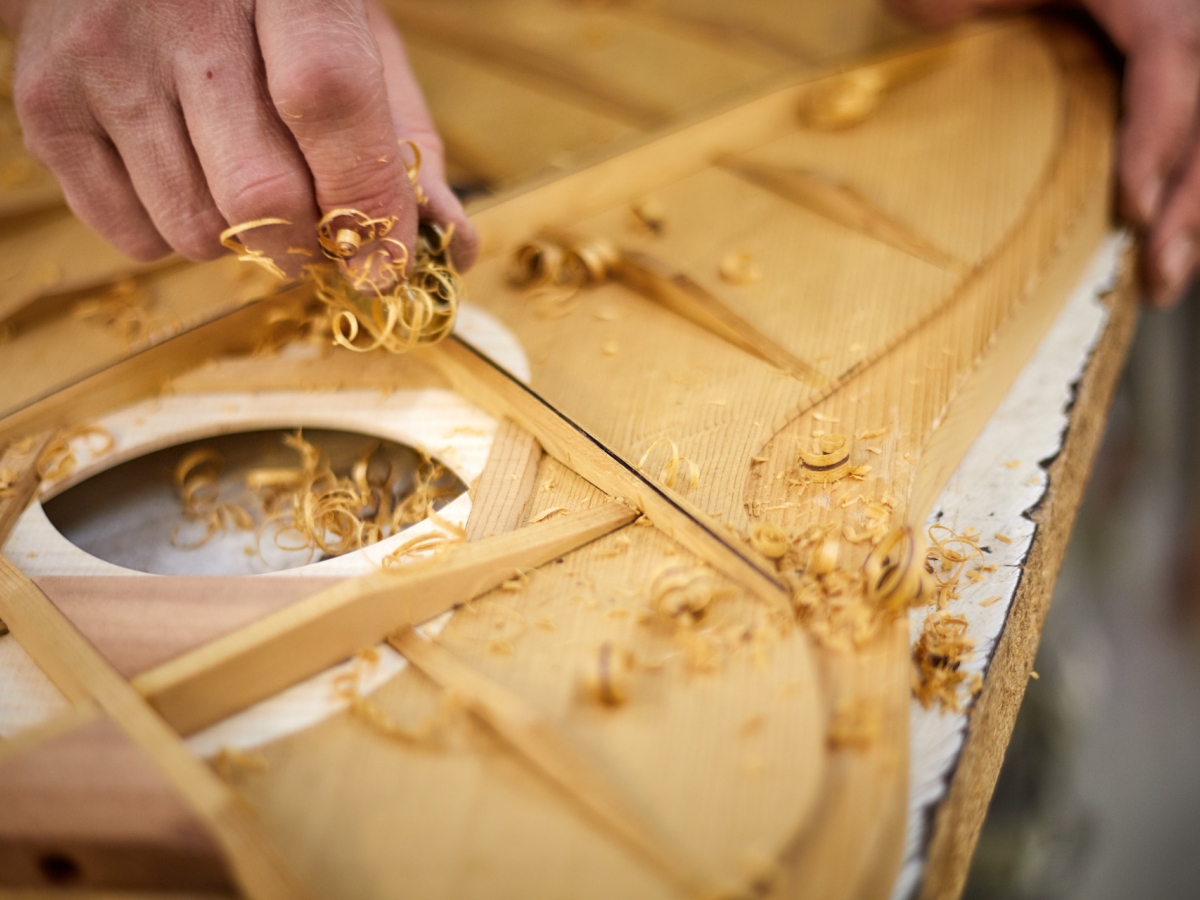 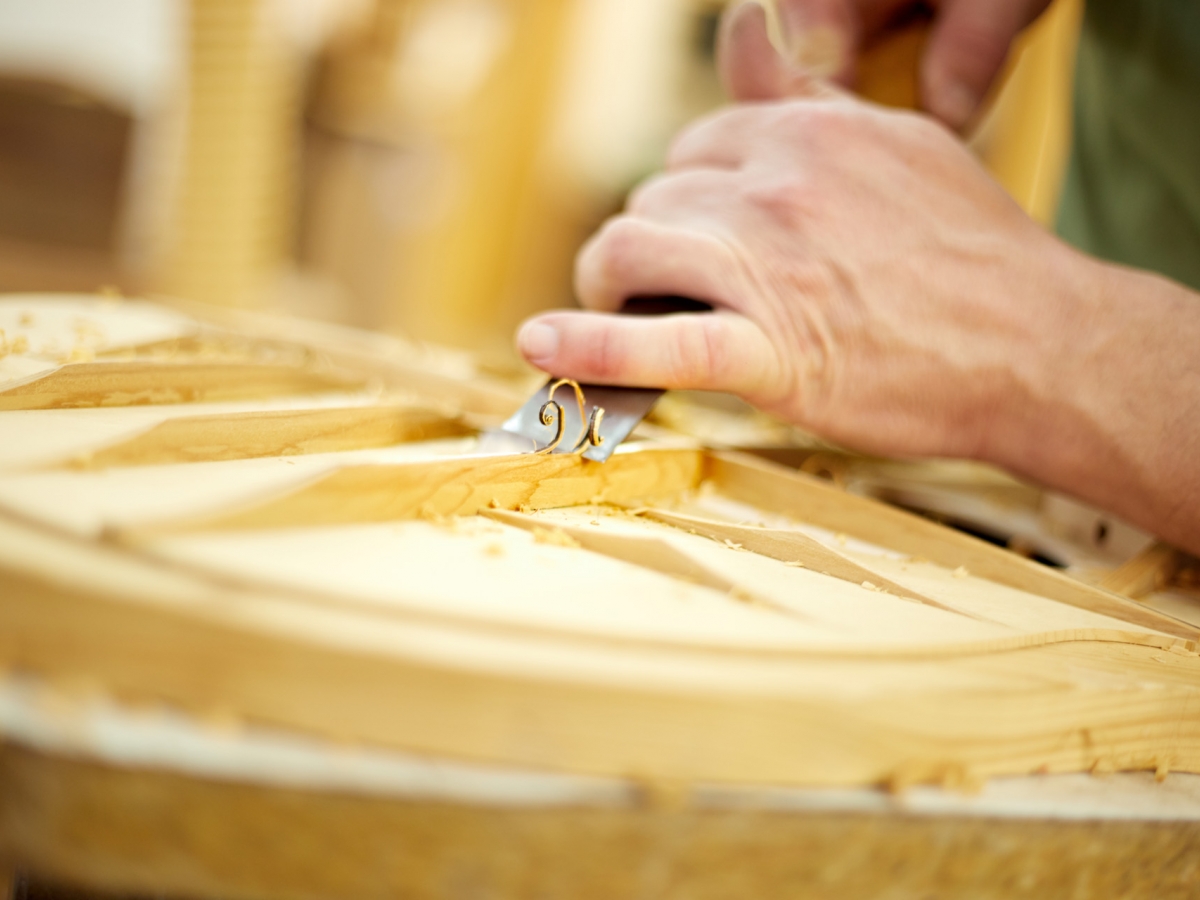 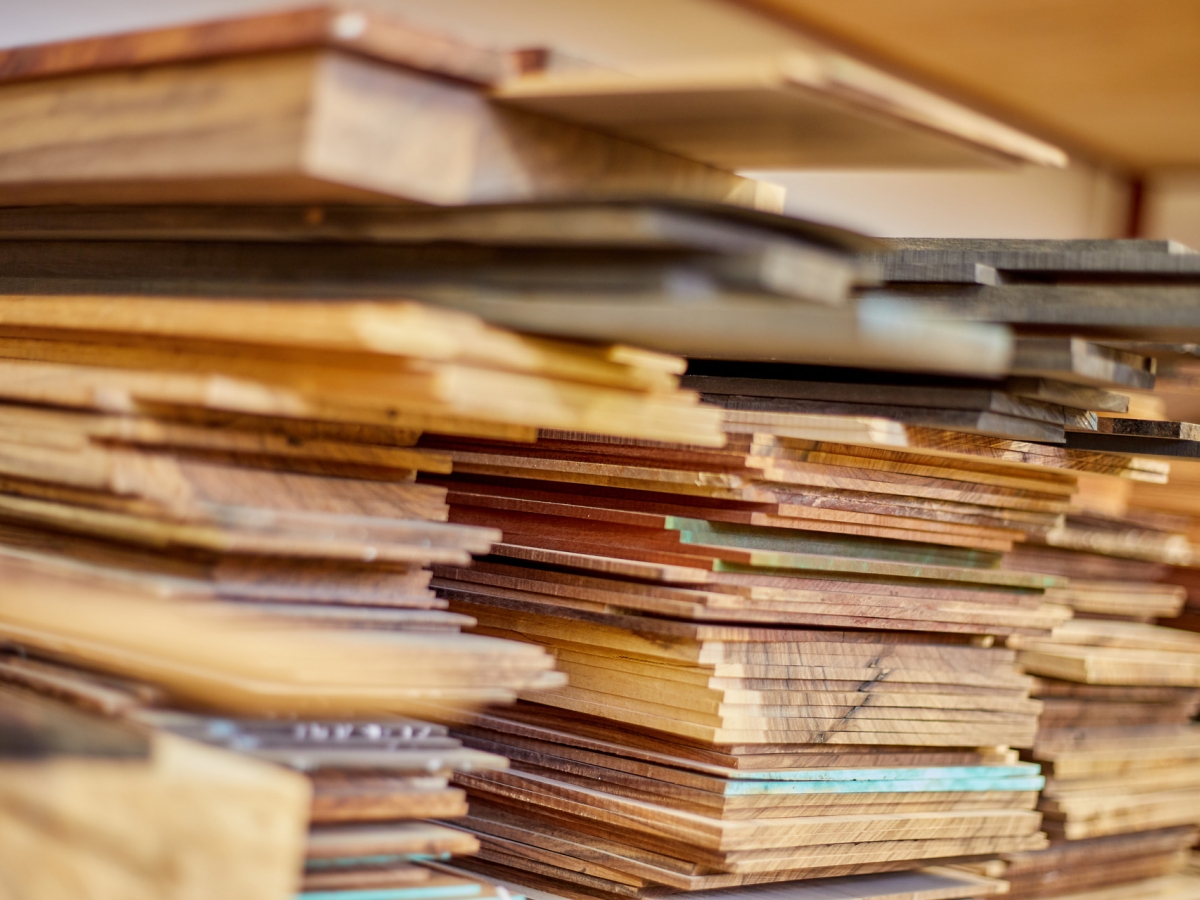 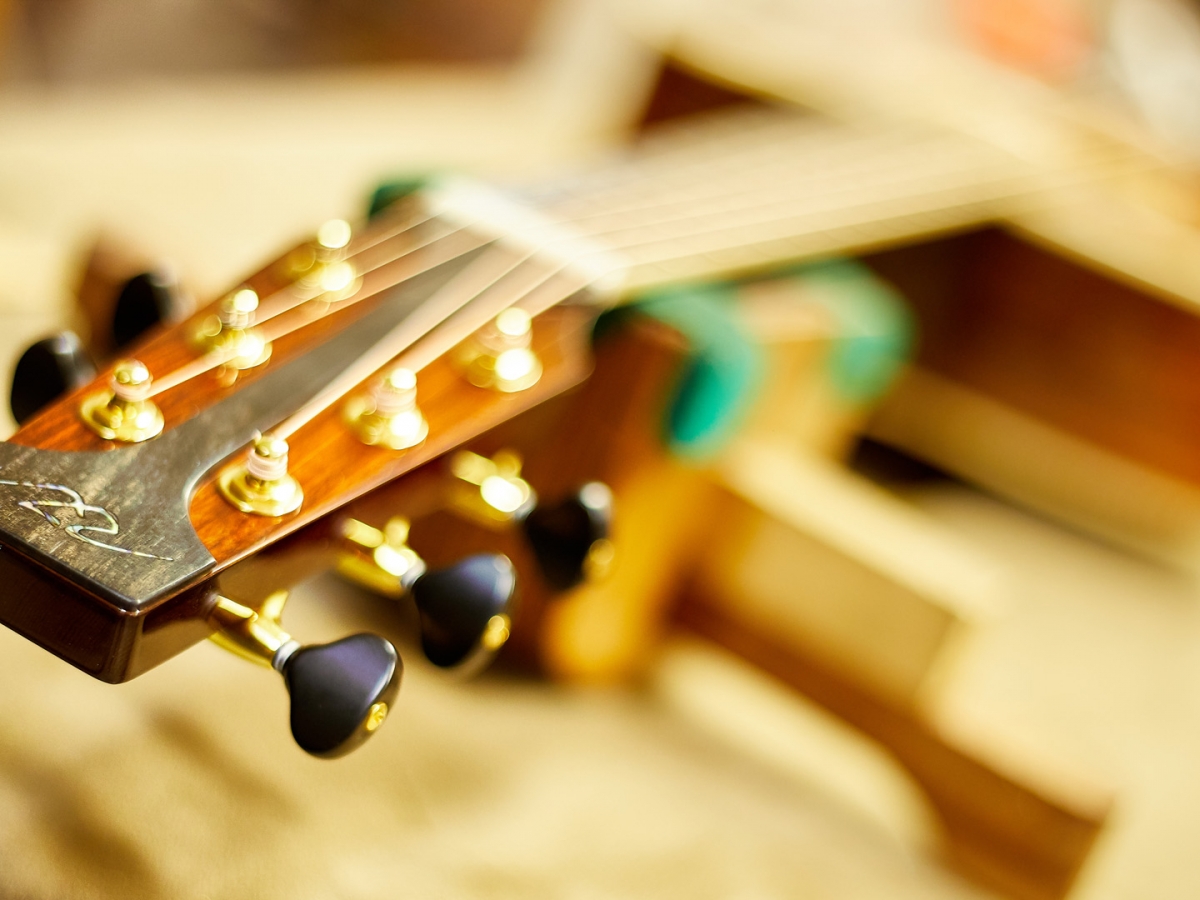 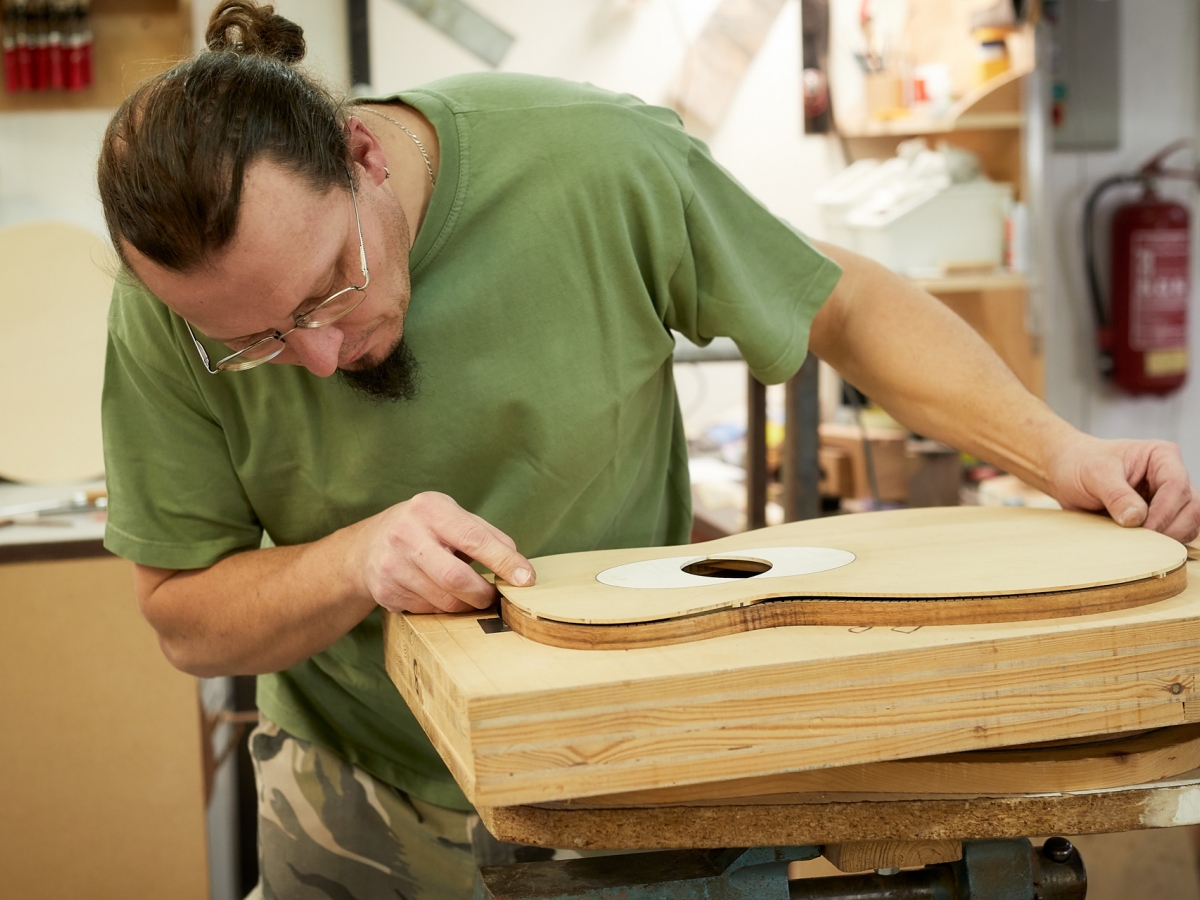 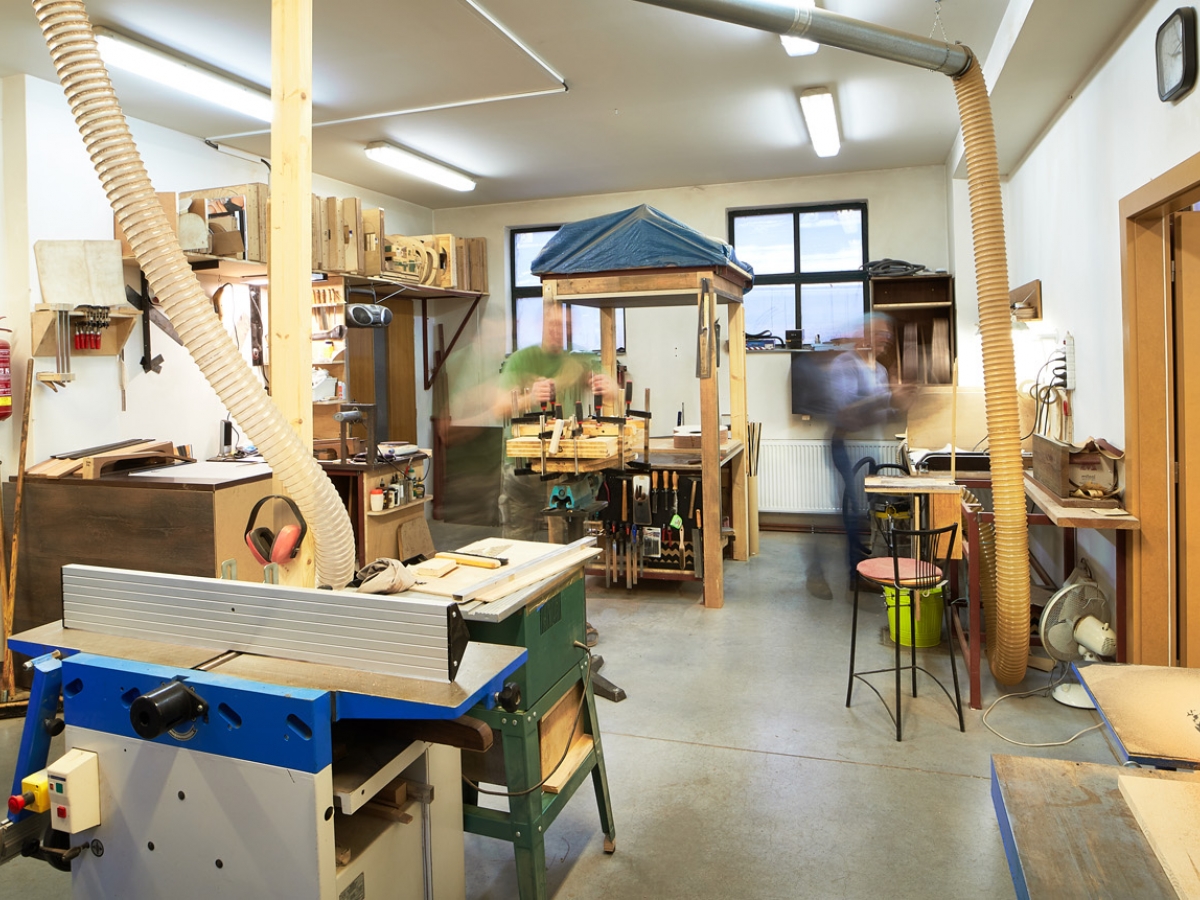 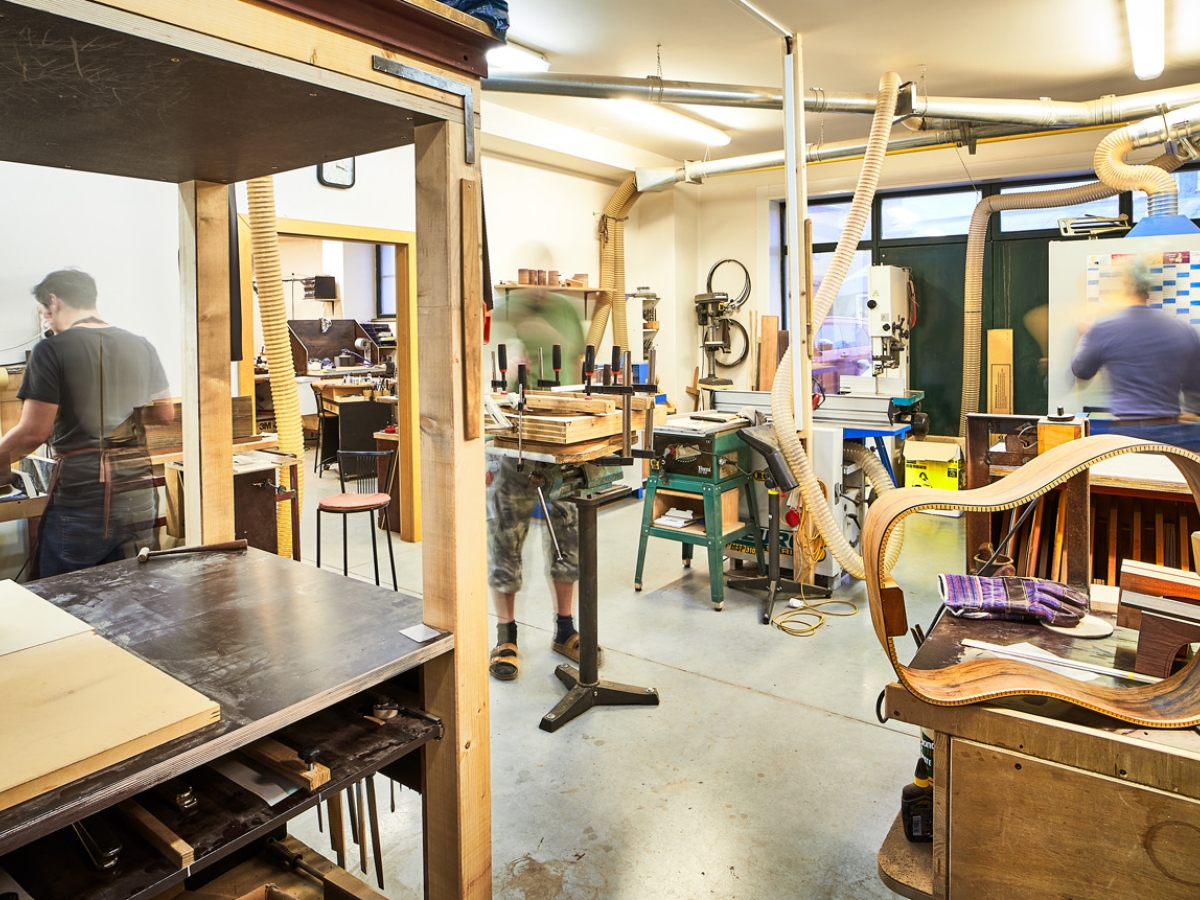 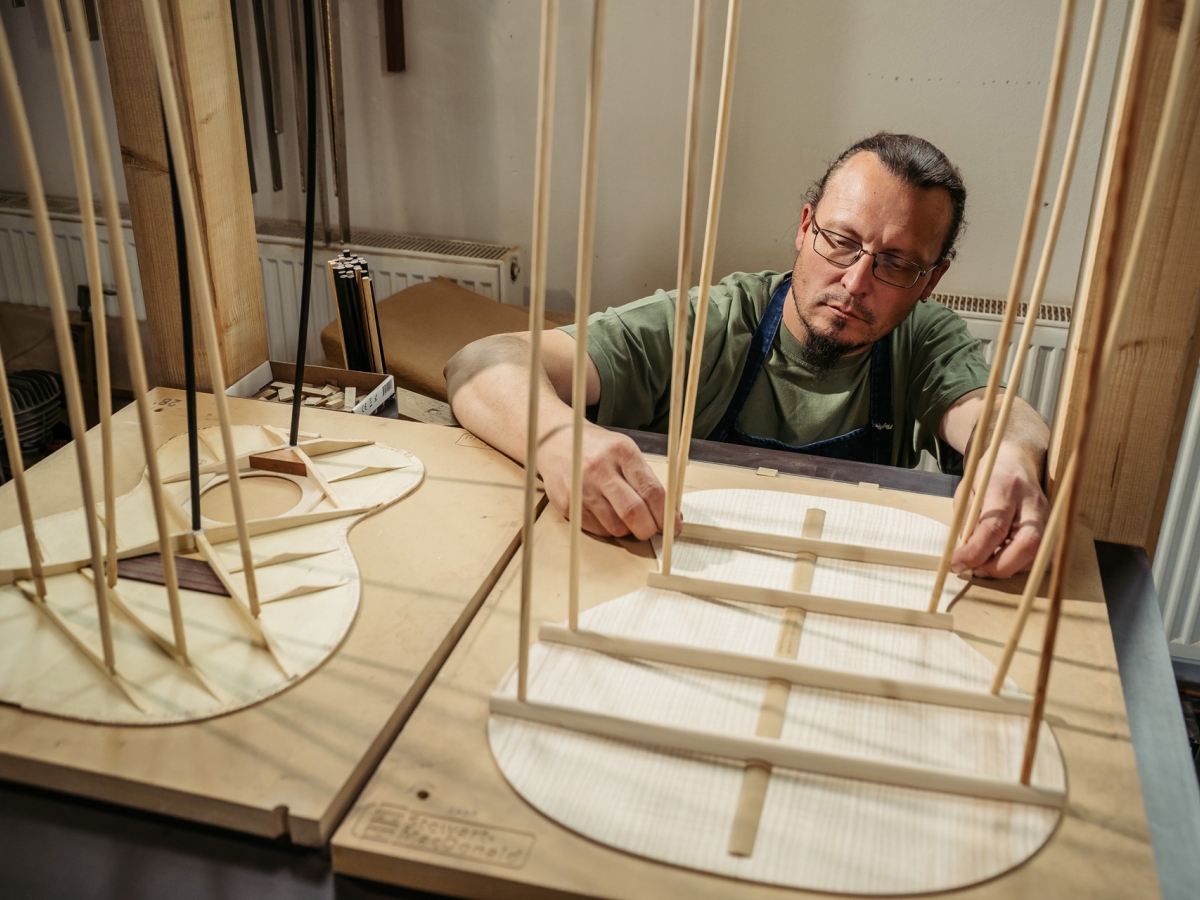 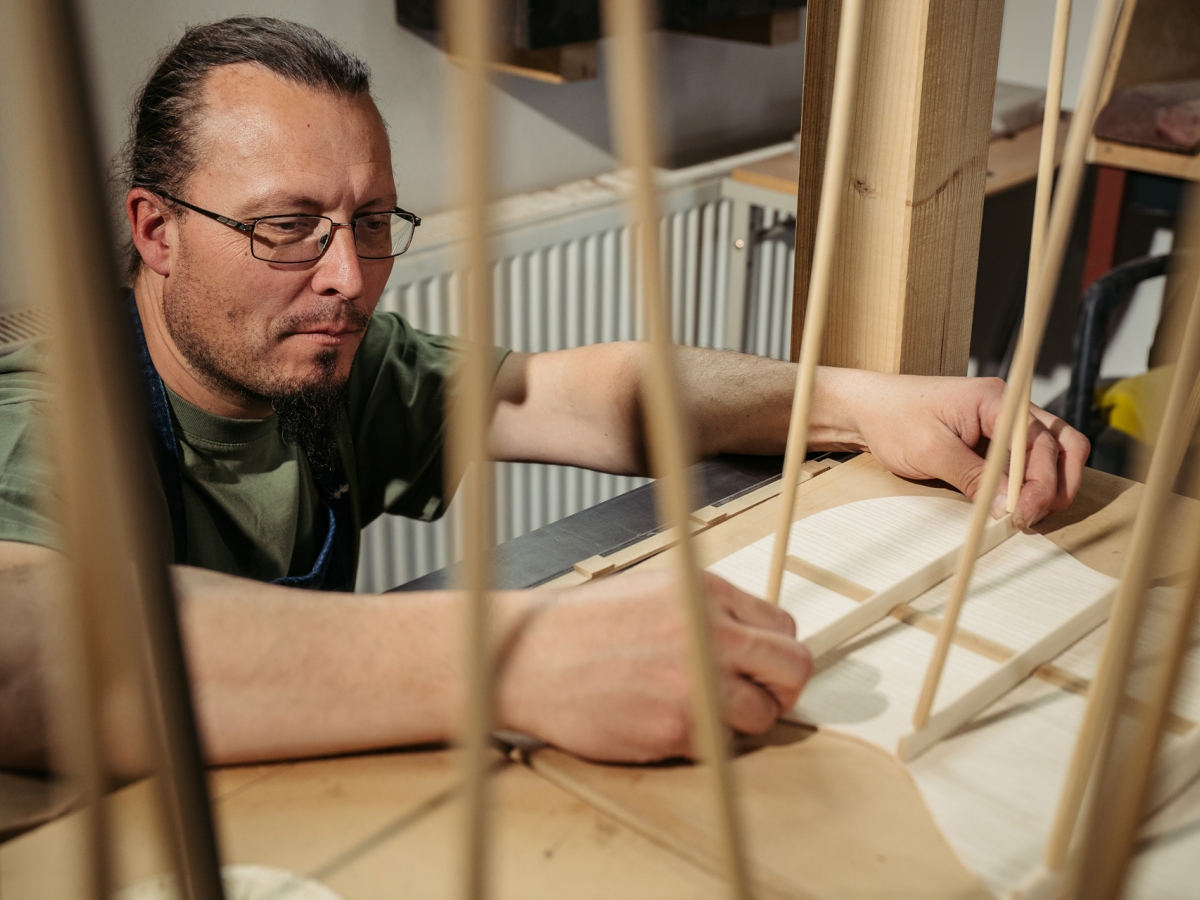 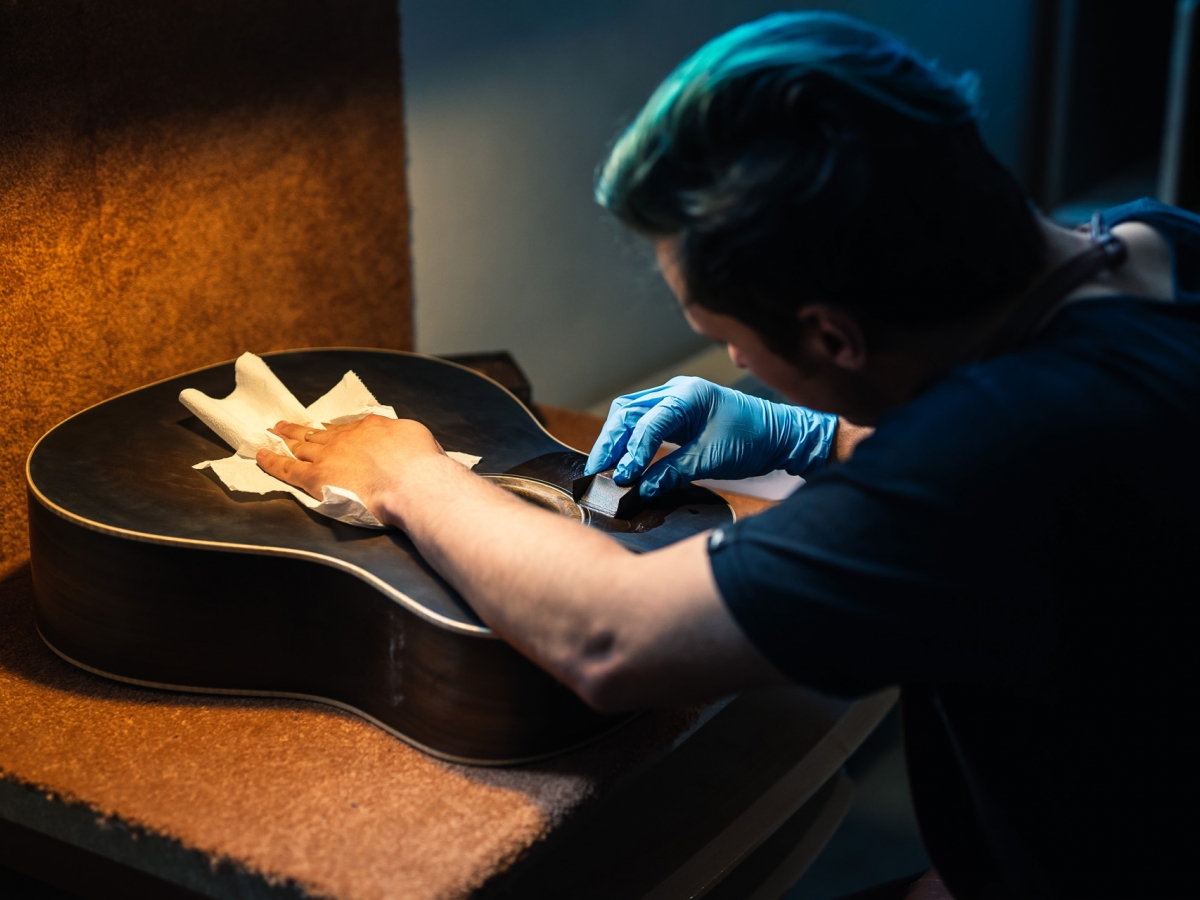 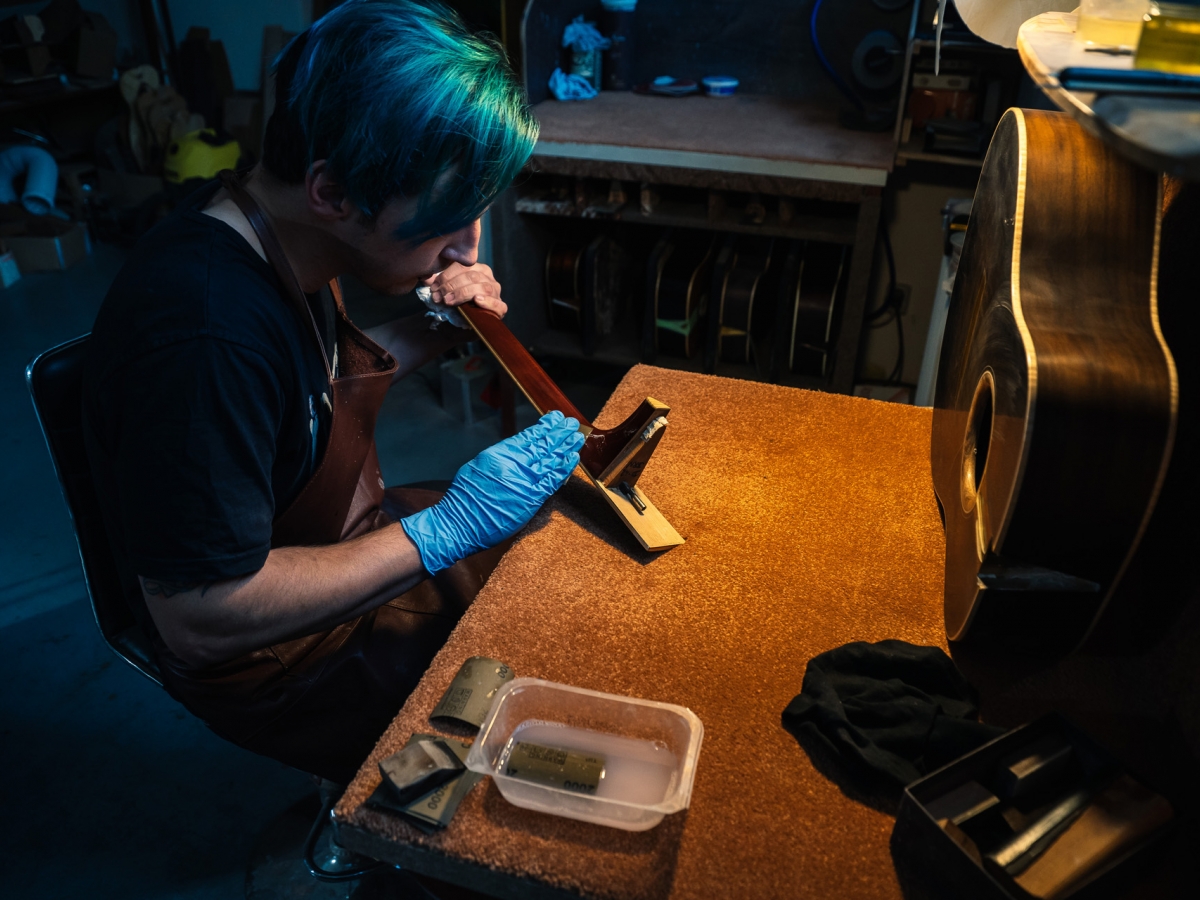 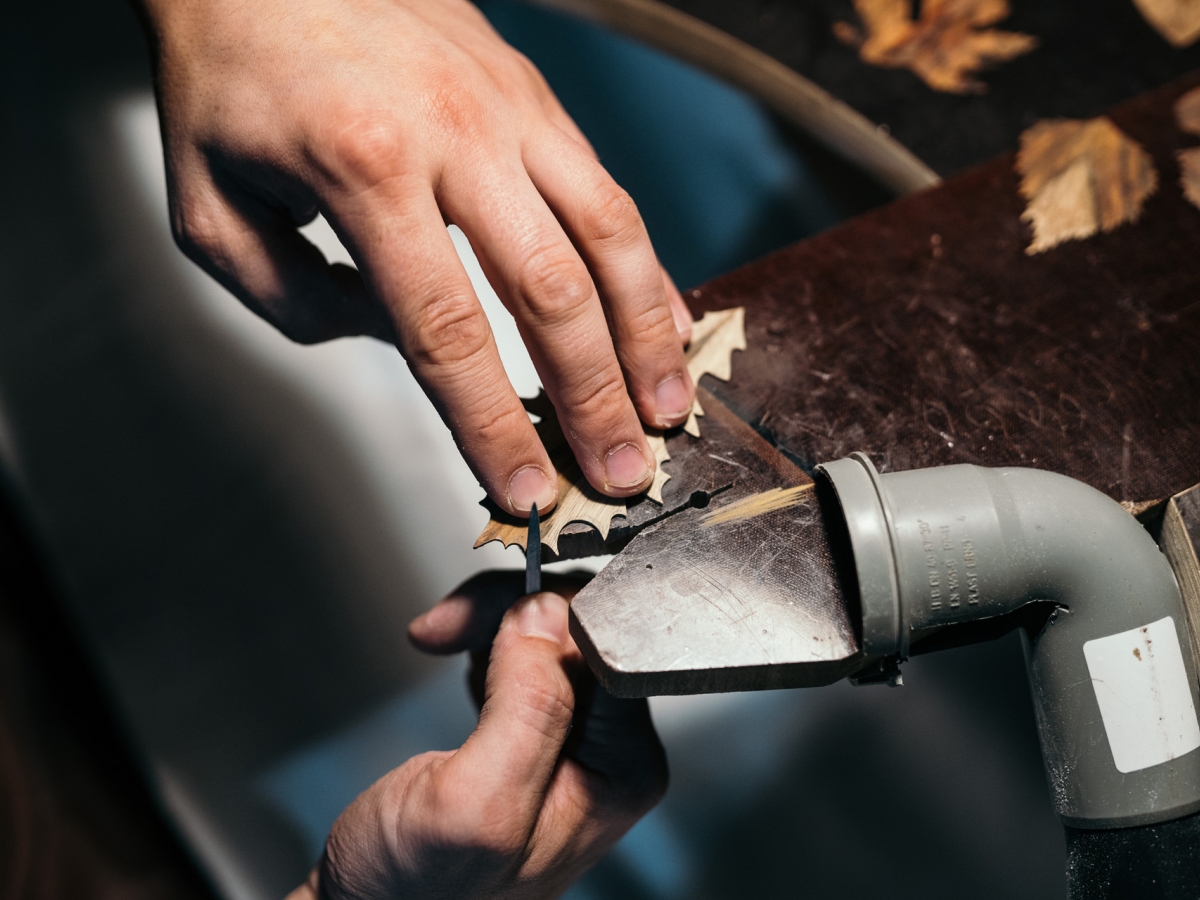 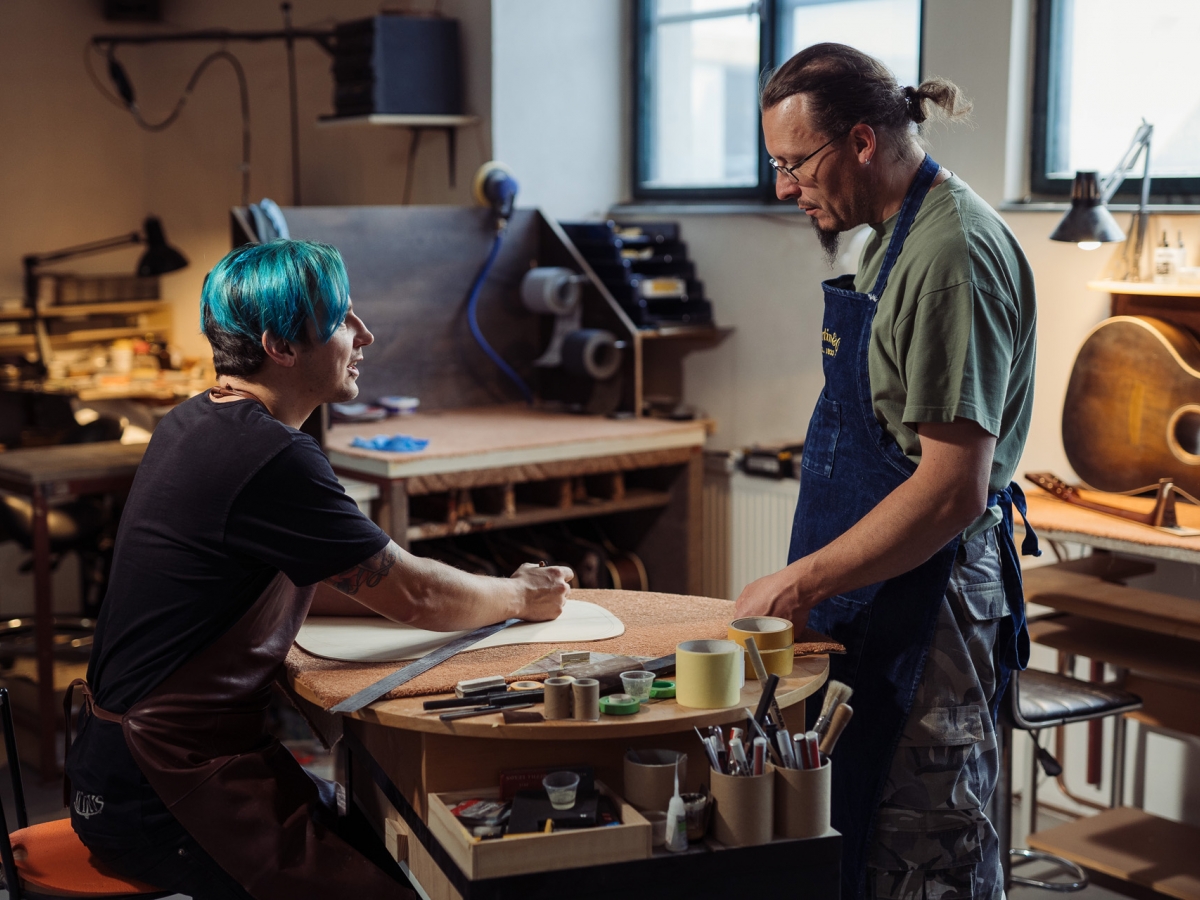 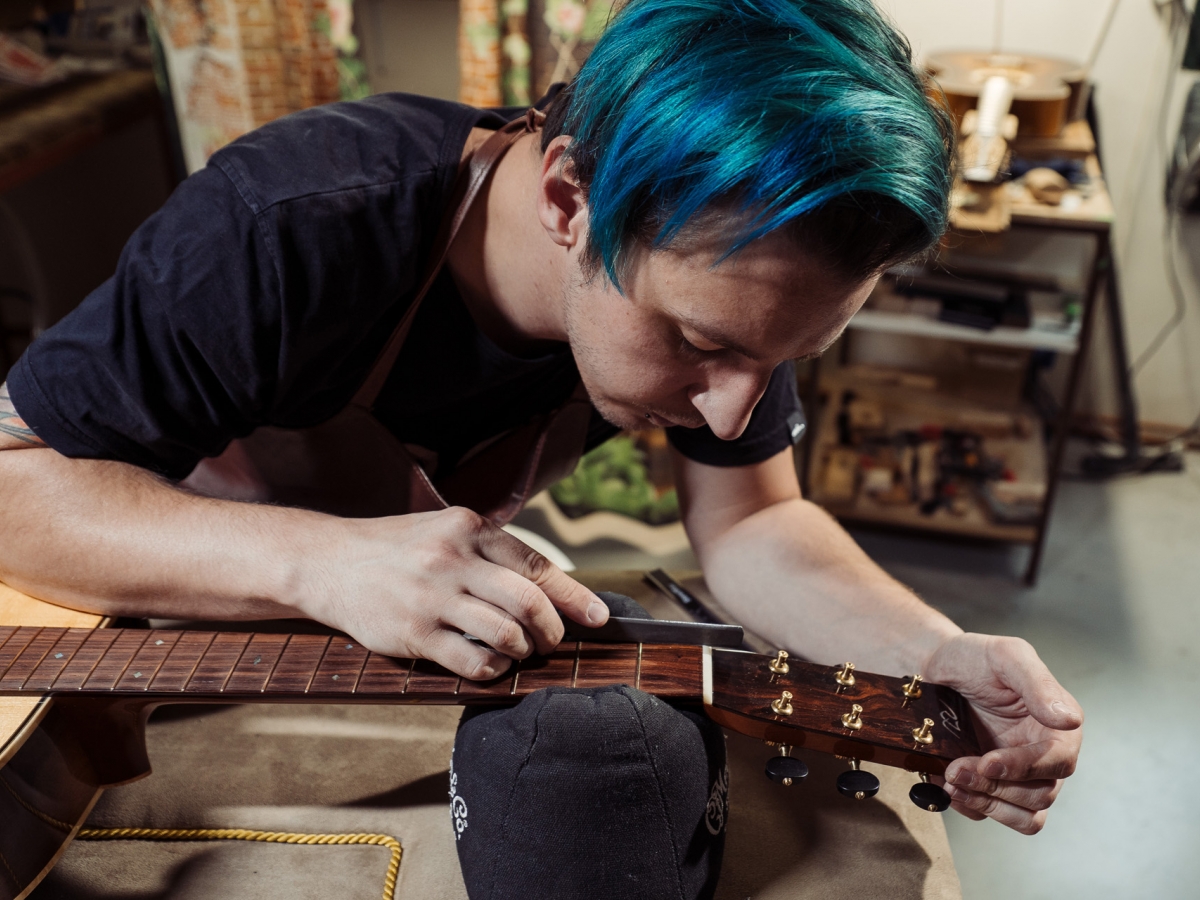 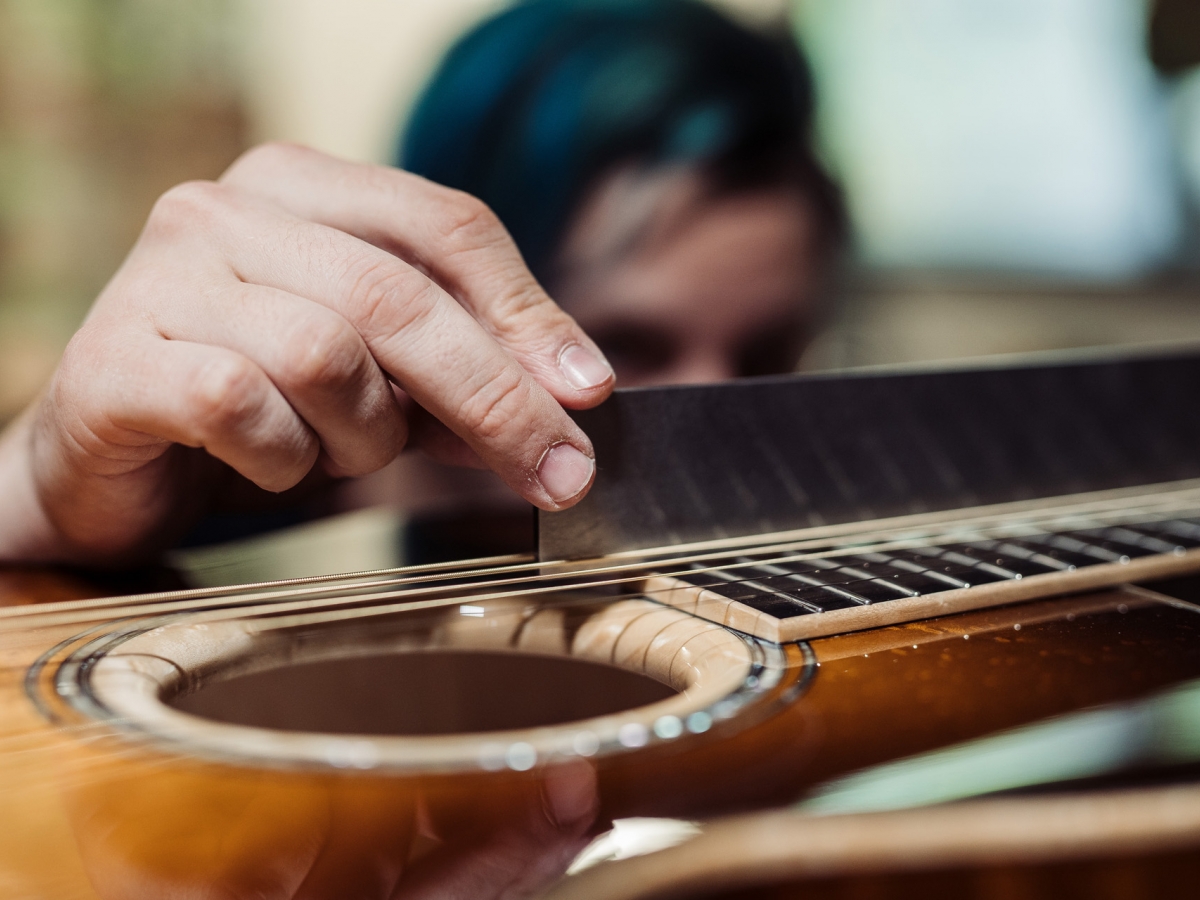 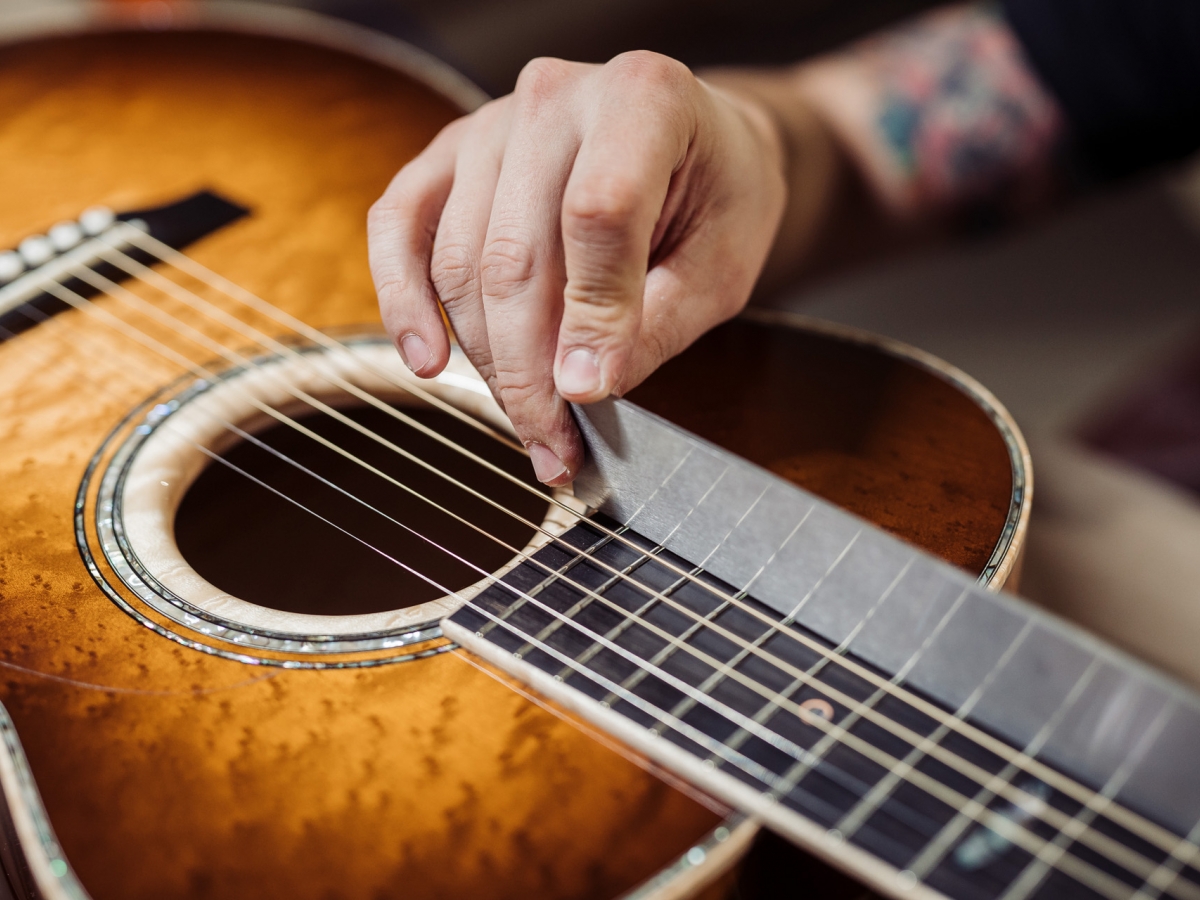 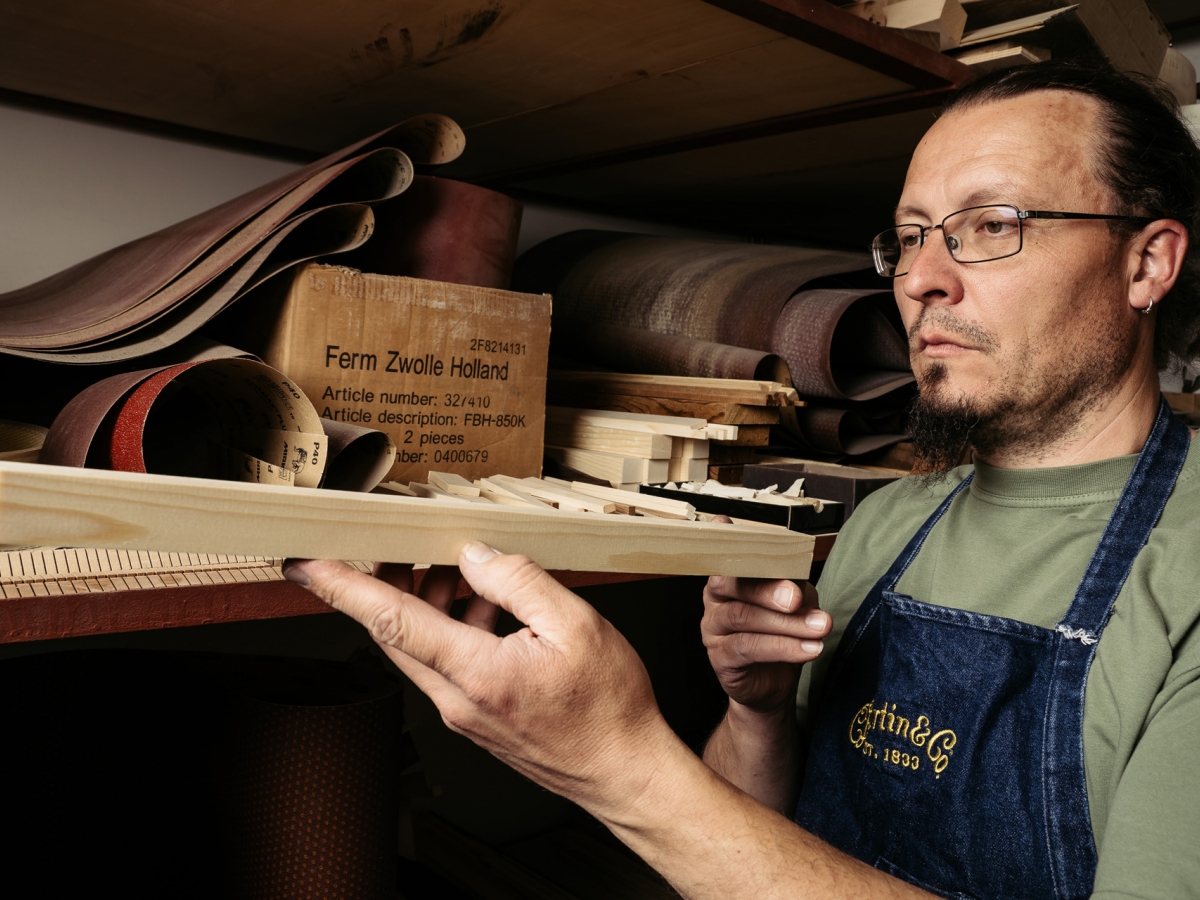